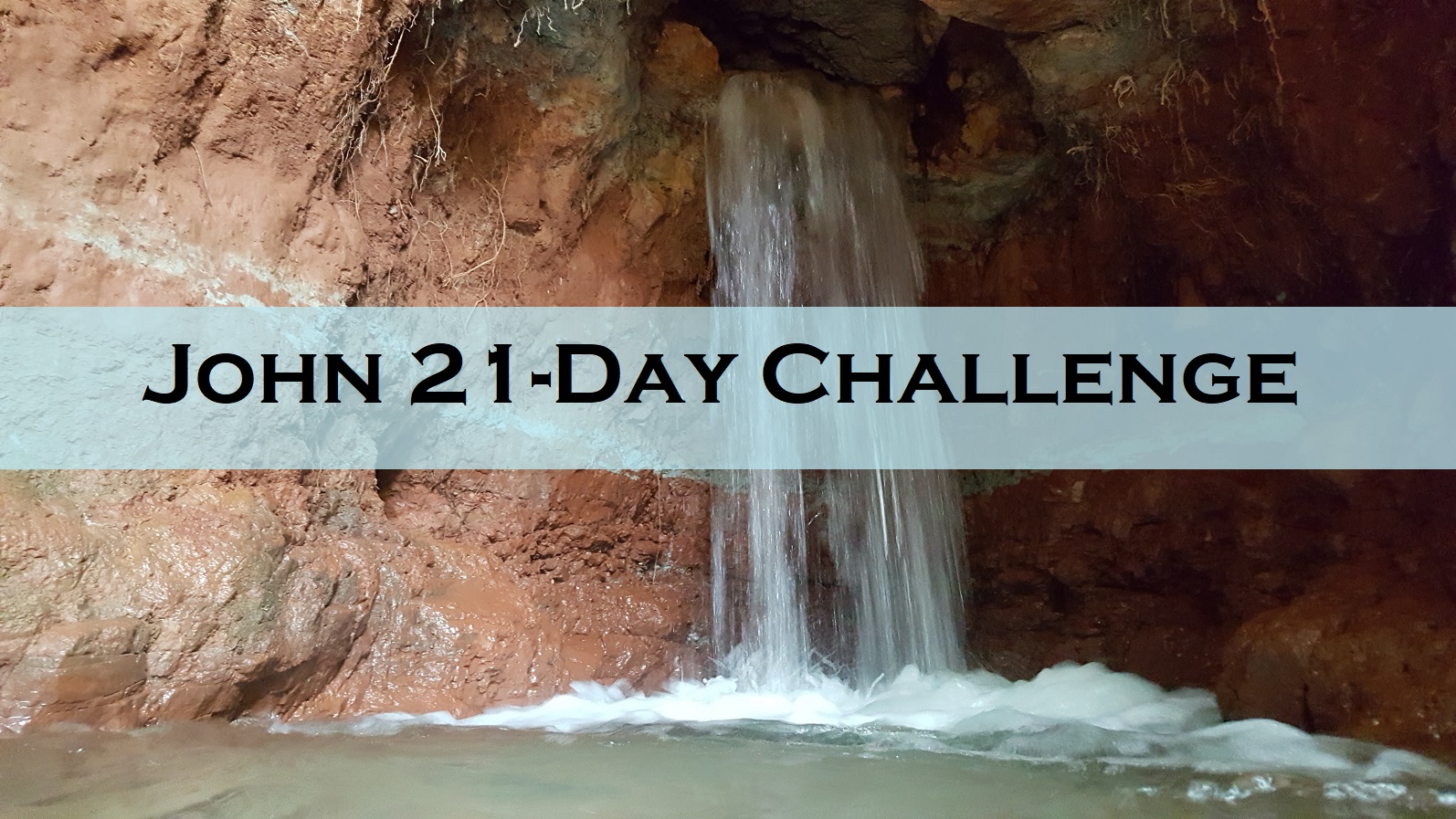 Welcome to the home of the #John21Challenge. Here you will find links to the videos, scriptures, and other study tools to help you complete the course.

Download the free study guide for the challenge. Each guide is only 4 pages and covers 7 chapters/one week.

These videos are less than 10 minutes long so you can easily watch them on a lunch break, in between classes, or when you’re just waking up. The Bible text is conveniently copied to this page, so you don’t have to leave to read the verses for yourself.

The goal is to know the Jesus of the Bible. Are you ready begin? Let’s go!

GREAT START! MOVE ON TO DAY 2