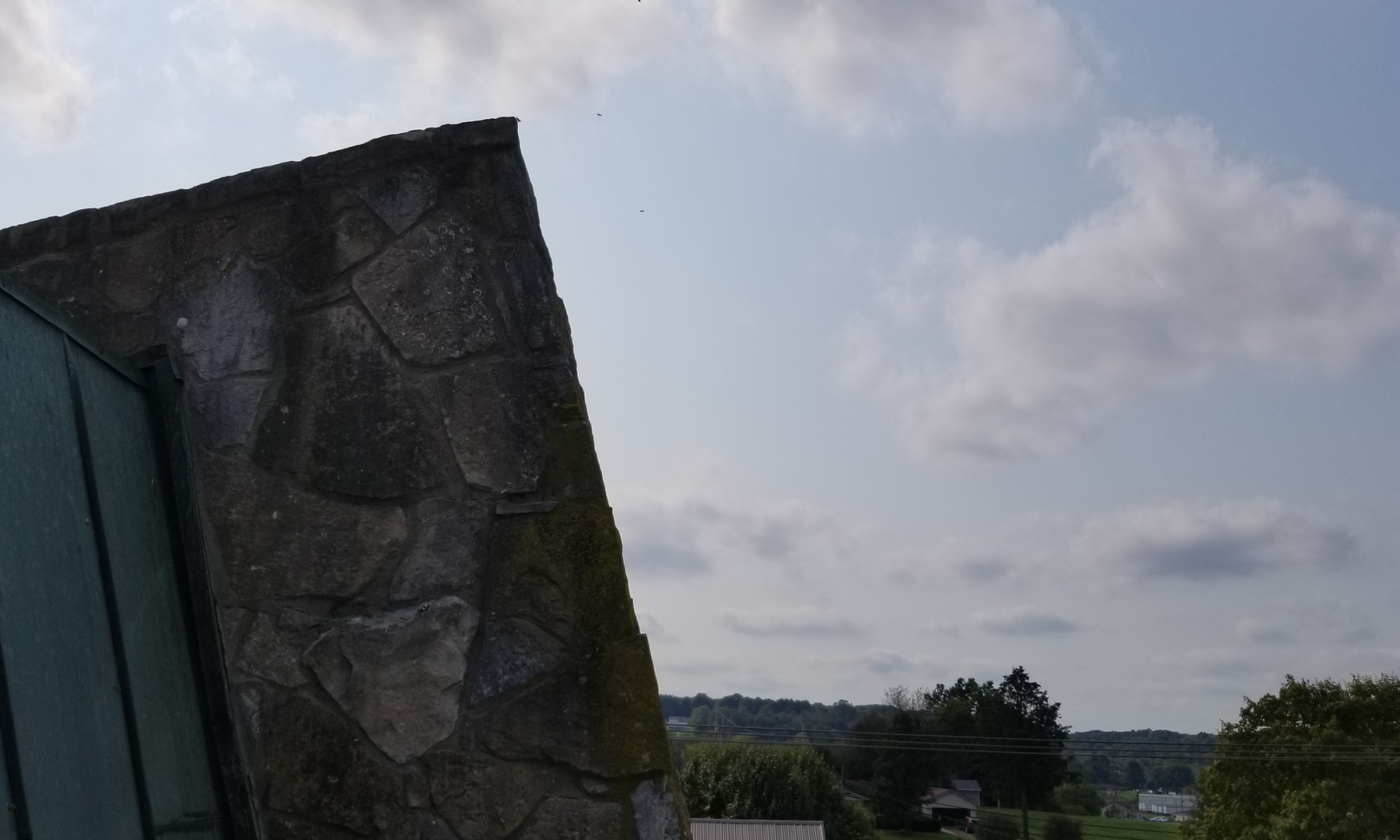 At the Second Coming of Jesus Christ, He will begin building the Millennial Temple according to these plans in the prophecy of Ezekiel. Restored Israel will still be reeling from an extinction-level catastrophe and the return of their King. Despite having survived the Great Tribulation, they still must seek personal repentance. Ezekiel warns that unless they are ready to do that, they are not ready to worship their Saviour-King.

Ezekiel recorded in 601BC what God will expect in that day, still future in 2022AD. This is the blessing of having a Bible. “The prudent man forseeth the evil and hideth himself: but the simple pass on, and are punished.” (Proverb 22:3) Without the word’s revelations before the Revelation of Jesus Christ, we would all be caught unprepared. What God expects of His temple builders is what He expects in the hearts of believers in the church today: contrite hearts.

God is a master craftsman, the Creator. Jesus Christ was born into a carpenter’s home, a good fit for the One who made everything. When He ascended, He promised to go and prepare a place for us. He has quite a portfolio of successful building projects. And He has quite a crew of builders on His payroll.

But He’s Still Workin’ on Me

His greatest achievement is still ‘under construction:’ His church, filled up with saved sinners is a work in progress.

“Upon this rock [Himself] I will build my church;”

This construction was yet future to His crucifixion. This “church” of which He spoke cannot be a literal construction of buildings, cathedrals, campuses, and monasteries. The Lord was just ‘not into’ kingdom building like most nervous Christian-nationalists and post-millennialists are. He stated in John 18:36 what I think of as the Christian-nationalist most hated text:

“Jesus answered, My kingdom is not of this world: if my kingdom were of this world, then would my servants fight, that I should not be delivered to the Jews: but now is my kingdom not from hence.”

This is why Jesus Christ could be tempted of the devil with control over the kingdoms of the world. This is also why, in Revelation 11:15, the seventh angel trumpets: “The kingdoms of this world are become the kingdoms of our Lord, and of his Christ; and he shall reign for ever and ever.”

“Not now, but afterwards,” as James McGinlay would say.

So, why speak of building? WHAT exactly is He building?

He is building a spiritual kingdom through individual obedience of faith into a personal conformation to the image of the Lord Jesus Christ.

The Kingdom of God (in contrast to the Kingdom of Heaven) is invisible in its origin, its seat of power, and its real estate. Where it comes into a man, how it changes him, and what it gives him in exchange for his sins is completely spiritual- though nonetheless REAL.

“Jesus answered, Verily, verily, I say unto thee, Except a man be born of water (physical) and of the Spirit (spiritual), he cannot enter into the kingdom of God.”

Through Individual Obedience of Faith

“For the kingdom of God is not meat and drink; but righteousness, and peace, and joy in the Holy Ghost.”

A Believer has access to all that God has appropriated for him as he reads and follows the word of God. A man cannot just know what God said, he must submit to it. That’s why every Christian ought to take his Bible very seriously and personally.

“For the kingdom of God is not in word (knowing the truth only), but in power (obeying the truth).”

Into A Personal Conformation to the Image of Christ

“For whom he did foreknow, he also did predestinate to be conformed to the image of his Son, that he might be the firstborn among many brethren.”

“According to the grace of God which is given unto me, as a wise masterbuilder, I have laid the foundation, and another buildeth thereon. But let every man take heed how he buildeth thereupon.”

The “building” of a person into Christ is an individual project. No two will ever be totally alike. The layout, the structure, the materials, and the builders themselves will affect their structure.

But nothing affects a building more than its foundation:

“For other foundation can no man lay than that is laid, which is Jesus Christ.”

Jesus Christ is the foundation, and He is also the goal. So, every person who trusts Christ ought to attain some Christ-likeness in their life. And yet few actually do. What is the basic reason men fail to become the men God intended for them to be?

When Portland cement is mixed with sand and gravel and water, it solidifies from separate elements into concrete. There is only a short window of time to pour and finish the stuff before it hardens. Forms must be made to hold the concrete to a shape that a structure can be built upon, or else it just runs out and hardens into a mess.

Christ is like the concrete and every man who is saved gets his portion mixed and prepared for pouring. Every believer gets the same start, the same stuff. They turn out so differently because of the forms made to hold what God gives them. Some make a small, shallow form; others a larger, deeper form; still others may have no form at all, and their Christian life is like the deep in Genesis 1:2, “without form and void.” You will get enough of Christ to fill the form.

Your walk with Christ may not be shaping up because you had a form that was too small to hold what God wanted to give you. You prepared too small. I think many believers today have gaudy, top-heavy skyscrapers built on a back porch patio pad. They wanted to build BIG, but they didn’t get enough of the foundation of Christ. They are not conforming to Christ because they didn’t prepare their heart to receive much of Him at the start.

What does Ezekiel say about the forms? “If they be ashamed of all that they have done, shew them the form…” God will build His temple in the Millennium the same way He will build the character of the believer: forms first. Until there is shame, there will be no building.

Repentance is the shovel that scrapes away the surface and levels the site. Shame for sin is the hammer that drives the form pins and nails the corners together. Contrition is the soul’s ‘site prep’: removing the surface layers so that you NEED more Foundation poured into you.

Some people are more like Christ in the end, because they needed more of Him at the start. They had a bigger, deeper form to fill. They loved much, because they were forgiven much.

You don’t have to have a dirty past to get more of Christ. You should be sincerely sorry for YOUR sins and what they do to HIM- not for how bad they are compared to everyone else’s. Dig your forms deep, and don’t worry about everyone else’s.

God pours His Spirit into men at salvation to conform them to the image of His dear Son as the foundation of new life in Christ. That foundation has forms. The deeper the repentance, the more of Him is needed.

Form up, Christian. God is ready to pour more of His Spirit into your life. Are you ready for Him?

One Reply to “Form Up: How Repentance Builds the Believer”

Processing…
Success! You're on the list.
There was an error and we couldn't process your subscription. Please reload the page and try again.
Follow Spiritual Reload on WordPress.com