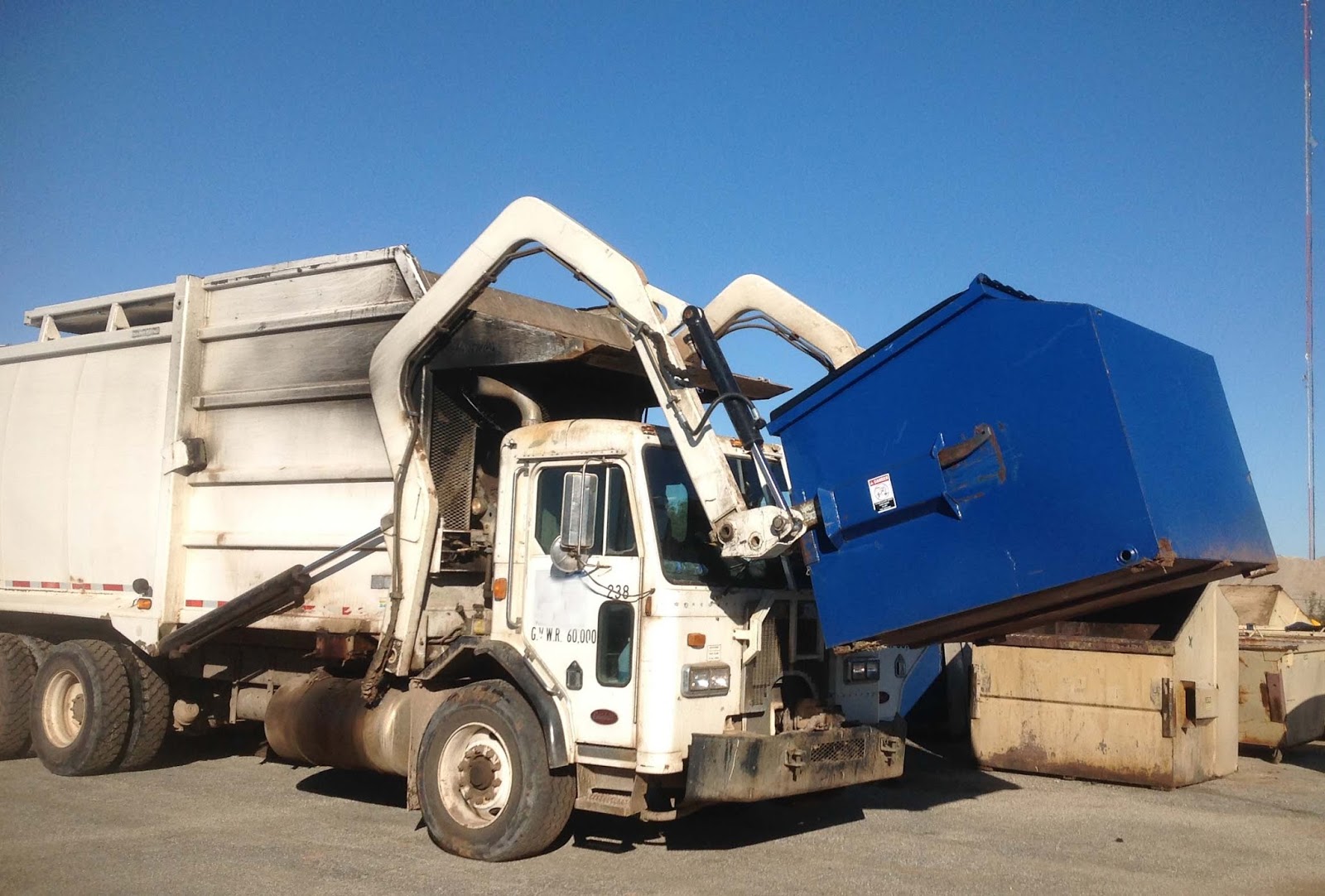 “The next day John seeth Jesus coming unto him, and saith, Behold the Lamb of God, which taketh away the sin of the world.” John 1:29
By occupation, I am a trash truck driver. Now, I’m not sure what you think of that, but I can guess that your reaction probably caused you to wrinkle your nose and scowl! It’s really NOT as bad as you suppose it is; sometimes it’s worse! As my parents used to tell me when I’d take out the garbage: It’s a dirty job, but somebody’s gotta do it!
Now, every person, every household produces waste. Some people burn their trash, some people take it to a dumpster, and some just throw it out in their front lawn. A few may even be comfortable living in their own filth, but for the majority taking out the trash is a necessary part of life.
You are reading the Spiritual Reload, so you should be expecting the spiritual illustration about now. On a certain day of the week, the residents in particular neighborhoods set their trash out by the street and I come by and pick it up. As crazy as it may sound, I’ve learned a crucial part of the Christian life by taking out the trash. That truth is found in Psalm 32:5, “I said, I will confess my transgressions unto the LORD; and thou forgavest the iniquity of my sin.” That truth is confessing our sins.
Everybody has some.
No matter where or how you live, the refuse on the inside must be put out. I’ve seen garbage outside of million dollar homes, and I’ve seen garbage in front of tin shacks. You know what the difference was? NONE. Flies swarm around them both, maggots grow in the discarded stuff, and stink is no respecter of net income. Mankind mistakenly associates poverty with uncleanness, and wealth with health, but it is not so: “If we say that we have no sin, we deceive ourselves, and the truth is not in us.” (1 John 1:8) If you want to be clean, the gunk has to come out!
Nobody wants to keep it.
It’s extremely embarrassing to be trying oh-so-carefully to empty a garbage can, and something fall out and splatter where everyone can see it– I know it is for me! When I put something in there I plan on never having to see or deal with it again. Mistakes like this remind me not just of the clutter and fact of sin, but of the filthiness and shame it brings. God says of vain and abominable sin, “I cannot away with; it is iniquity,” (Isaiah 1:13)
Let me tell you a fairy-tale story: the nice, polite, well groomed and perfumed ‘sanitation officer’ strolls from door to door asking if there is anything the dear people of Made’upville would like him to remove. The kind citizens then meticulously sift through their things to select the items they find least desirable that they can afford to live without, and hand them one-at-a-time to the ‘refuse collector’.
Listen here, Rumplestiltskin, no sane person has to be begged to give up their garbage. I’ve never asked someone if they were ‘OK’ with me emptying the barrels full of black 30 gallon bags with worms and bugs crawling all over them. People WANT it gone! They get it out of their house, away from them and their family and their kids and their dog, because it’s vile, dirty, smelly, grimy, ugly TRASH.
I wonder: why won’t men treat their sin that way?
Isn’t that such a simple truth? And yet how uncommon! God himself reasons with men, “though your sins be as scarlet, they shall be white as snow”. Preachers constantly plead with men “be ye reconciled to God.” So much time and effort goes into convince people that what is filthy in their life needs gone; isn’t that strange? You’d think as many days the trash truck has been by, that they’d have it figured out by now.
Someone needs to get rid of it.
Customers on their trash day look at my garbage truck much like they look at my Saviour. The ones who need it most, are the happiest to see it! The kids love to watch; they think it is just cool how the hydraulics work to lift such a heavy load and empty it with ease. Some folks desperately run to the street to flag me down, lest I should miss them.
Others look at it hopelessly, knowing how much more they have to get rid of (If they only realized that the trash truck would gladly take it ALL if they would just put it out there). And again, I’ve seen the reaction of some where they look at you with disgust, muttering under their breath that they’ve never smelled something so repulsive. (I wonder if they know really how bad THEIR OWN garbage is.)
“Let us go forth therefore unto him without the camp, bearing his reproach.” Hebrews 13:13  The end of a successful trash pickup day ends with the refuse BURIED in the landfill, never to be brought up again. Just like the song “One Day” sings:

“Living He loved me,
Dying He saved me,
Buried He carried my sins far away!”

You should know most of all that Anybody can give their load of sin to Him.

Jesus bore all the filthy, stinky load of sin from this old world when He suffered on a bloody, rugged cross. He forgave you for being a sinner, that’s why He died: to save sinners. He died to offer you a pardon from the penalty of all sinners: Hell. That’s called being SAVED by GRACE.

Every day though, we produce sin. Christ doesn’t convict you for having sin, he reproves and rebukes when you’re hiding sin, and not being honest about it. Read 1 John 1:9, “If we confess our sins, he is faithful and just to forgive us our sins, and to cleanse us from all unrighteousness.” He’s made a way for you to get rid of each and every sin you commit, every day, by confessing them to Him, and letting Him cleanse you. What a mighty, merciful God is Jesus Christ!